These novels have been written when I first started
writing Islamic fiction, around 2010.

I am hoping to post novellas and novelettes in the future, as of 2017. 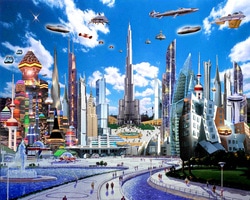 The year is 3000. The little town of Islamdale is overwhelmingly populated by women. Wars took away many men, but chemical pollution played a definite role in natural gender selection.

Feminism is the rule, giving men less rights. Men are mostly viewed as serving the cause of females. Traditional gender roles have been reversed.

Earthquakes, illness, depression, deviant behaviors, and murder are all too common. Neighbors can't trust each other and thrive on petty issues.

In this matriarchal society, Zia Abu’s sense of safety is compromised by the moving in of a Sikh man. He wears strange clothing, seems cold in his manners, and there are a series of men coming and going from his apartment at all hours. Where are all these men coming from? Why is he so different from regular men? And what are the strange noises coming from the attic they share?

As a young woman living on her own in an apartment with a pregnant roommate, these fears have become a terrible dread of impending doom that Zia cannot shake. As students living on campus and the imminent birth of Maymoona’s baby, it is inconceivable to think of moving. Zia will have to handle the mystery of her strange neighbor on her own. Doing so, she will discover a new world she did not suspect that will force her to reevaluate her faith and beliefs.


Islamdale 3000, a 52,000 words novel, is both a mystery as well as a science-fiction book geared towards young adults.  Details for this novel comprise two years of research, making this manuscript a serious psychological thriller.
Islamdale 3000 wants to be the Twilight Zone that people of the future might experience one day. 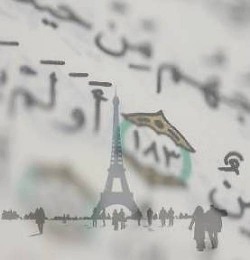 Mahmoud, a twelve years old  American Muslim boy, experiences discrimination for the first time when he moves to France with his family.
Suddenly, he does not fit anymore.
He is bullied by his teachers because of his schooling background, and he is bullied by his classmates because his culture does not fit in.
The school sends him to a therapist, but is it appropriate?
Can he trust a psy and an atheist to give him directions or should he trust his people and his streetwise friend Bibi to show him a way out from experience?
Will his faith help him overcome his inner struggles?
Will he ever find a way to fit somewhere, anywhere?

This book will appeal not only to teenagers in search of identity, but also to those in search of spiritual meaning in life.

This book will entertain those who are curious about Islam.

This book is an insight into the daily struggles of Muslims, their human side, their good or bad human side.
This book has a strong present voice that talks to us directly, questions, puzzles, challenges us to find our own meaning, solutions.

It is full of humor and funny episodes too.


I have lived in France and faced racism in France after my conversion to Islam. I am aware of all the issues in my book first hand and faith did keep me out of the water. I have also volunteered as a French teacher in the poorest, foreigners filled parts of Pau, France. In many ways, I can sympathize with my hero. I believe Mahmoud’s voice and courage can attract young adults as various topics let teens explore unfamiliar aspects of their world and another culture, bring bits of history to life, and experience things that they normally couldn’t. The underlying themes allow teens to examine deeper issues in a safe way: what their role in life is, the difference one person can make, the importance of relationships, coping with tragedy. It is a strong tale of survival.

In this novel, there are all the elements that can fascinate a teenager: fantasy, romance, mystery, adventure, and depth of thoughts, humor.

Because of this, Children of Faith will not only entertain, but also it will cause the reader to form unbiased ideas and views. 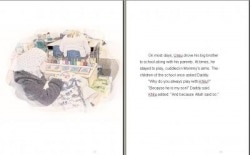 "Twice Brother" is an inspiring story for children about a little Muslim boy named Khilu who experiences the birth of his sibling. As Khilu adjusts to the new addition to the family, he also learns an important lesson about brotherhood in Islam. 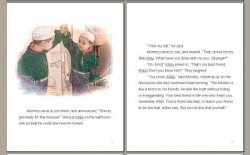 "Faith Is Your Best Friend" is a beautiful story for children about a little Muslim boy named Khilu who asks himself questions about friendship.
Khilu learns valuable lessons from his family about tolerance and compassion.